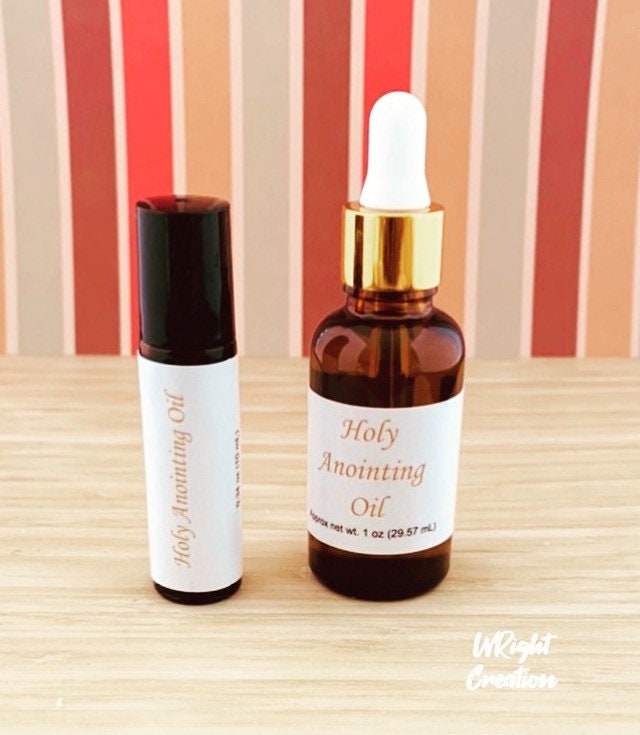 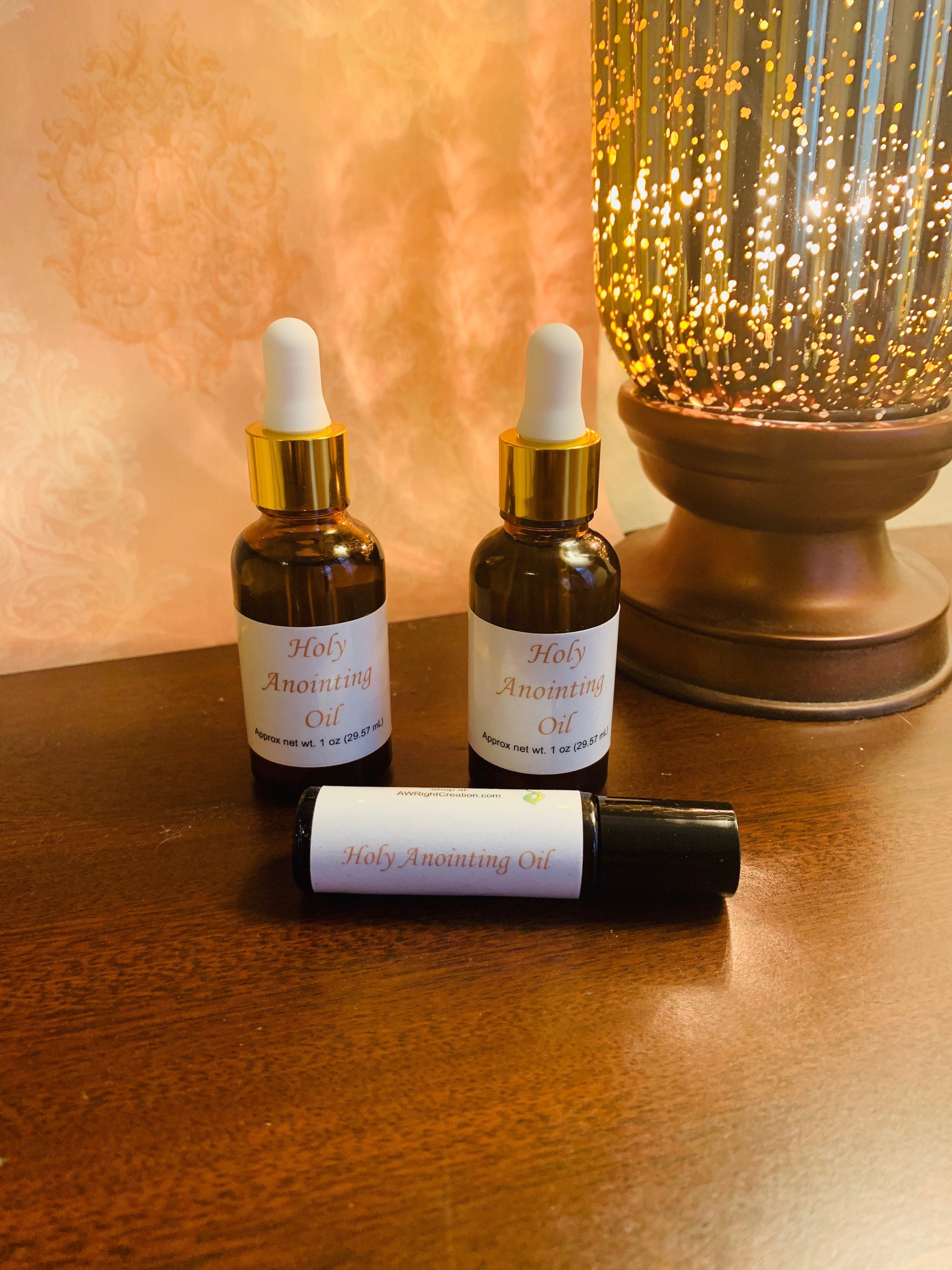 The Secrets of Holy Anointing Oil: What’s in and why


Anointing with oil was a common Biblical practice that continues today. In the Bible, people, places and things were anointed with holy oil. In the Old Testament, God intended anointing oil to bless His people. It is God’s way that as His Believers are to do what thay can with earthly tidings to praise His name. Though the efforts of each Believer He will accomplish the supernatural, as we cannot. Using anointing oils is biblical, it is ordained by God. Anointing oil can be an important element in your service to Him, as way that He can work through you and your faith. Anointing oil represents blessing, protection and empowerment.

Anointing oils also can be a symbol of our faith in Christ to answer our prayers through divine intervention; consecration or sanctification; applied as a healing salve or ointment with real medicinal attributes; used as a perfume for funeral or embalming practices; or preparing weapons for warfare.

Anointing Oil in the Bible

Anointing oil is referenced 20 times in Scripture. It was used in the Old Testament for pouring on the head of the high priest and his descendants and sprinkling the tabernacle and its furnishings to mark them as holy and set apart to the Lord (Exodus 25:6; Leviticus 8:30; Numbers 4:16.). It was referred to as the “holy anointing oil” three times and the Jews were prohibited from reproducing it for personal use (Exodus 30:32-33).

What Is Anointing Oil Made of?

The recipe for anointing oil can be found in Exodus 30: 23-14. It was comprised of myrrh, cinnamon and other natural ingredients.. Nothing indicates that the anointing oil or its ingredients had supernatural powers. Rather, the strictness of the guidelines for creating the oil was a test of the Israelites’ obedience and a demonstration of God’s absolute holiness.

Pure myrrh. From a low, thorny, ragged tree comes a fragrant gum that is used in one of the most important anointing oils. This substance is myrrh. The plant it called the Commiphora myrrha and is a beautiful reddish-brown dried sap. The scent of raw myrrh resin and its essential oil is sharp, pleasing and a little bitter. The “holy oil” traditionally used by the ancient Hebrews for performing the sanctification and unction is customarily scented with myrrh!

Sweet Cinnamon. Cinnamon has a distinct color and aroma that most of us can identify. It comes from a small evergreen tree called the Cinnamomum. It has been used as a cooking and perfumed spice for centuries and in biblical times was more valuable than gold. Its spicy yet sweet flavor comes from its aromatic essential oil. This essential oil is prepared by pounding the bark, softening it in seawater and then quickly distilling it.

Calamus or Common Sweet Flag. Sweet Flag was brought to Europe by the Tartars in the thirteenth century, and is one of the herbs mentioned in the Book of Exodus. The Hebrews used the oil pressed from Acorus, along with oils of olive, cinnamon and myrrh, in a sacred anointing oil used at the Tabernacle. The leaves were used as a sweet, strewing herb for places of worship.

Cassia. One of the first known spices, Cassia is a sweet-smelling bark, similar to cinnamon, but its strength and quality are different. Its bark is darker, thicker and coarser and the corky outer layer is often left on. The outer surface is rough and grayish brown, the inside bark is smoother and reddish-brown. It is cheaper than cinnamon and often sold as ground cinnamon. When sold as sticks, cassia is rolled from both sides toward the middle. The finished product looks like scrolls. The fact that cassia and other spices are used for anointing oil shows the Israelites interacted with trading caravans that visited Egypt, Syria and Palestine.

Olive oil. This fruit oil comes from the olive, a traditional tree crop of the Mediterranean Basin. The holy anointing oil (Exodus 30 Holy Oil) is not a general purpose anointing oil or perfume. Rather it is used for consecration and sanctification purposes according to the Old Testament.

Olive oil has long since has practical uses as well. In cooking, cosmetics, pharmaceuticals and soaps and as a fuel for traditional oil lamps are just some such uses. But even the practical is in service to God as we must care for the bodies that God gave us.

Mentioned in the Scriptures some 50 times, the olive tree “epitomizes the Spirit of the Lord.” Today in modern Israel, just as in biblical time, it is illegal to cut down an olive tree.

Holy anointing oils are made of the finest olive oil, pure myrrh and frankincense. The original recipe for anointing oil can be found in Exodus 30:23-33 and we have anointing oil made as closely as possible to God’s given instructions.

I'll do my best to meet these shipping estimates, but can't guarantee them. Actual delivery time will depend on the shipping method you choose.

I gladly accept returns and exchanges

Ship items back to me within: 7 days of delivery

But please contact me if you have any problems with your order.

The following items can't be returned or exchanged

Because of the nature of these items, unless they arrive damaged or defective, I can't accept returns for:

We cannot accept returns on custom items such as gift baskets, and soap, lip balm, and lotion, pain balm (for hygiene reasons).
Please contact us if you receive damaged items or believe your item has been lost in the mail. We will work with you to resolve any shipping issues. However, please keep in mind that once we ship the item, it is out of our control as to how long it takes to arrive, unless insurance is added or Priority Mail Express is selected. Tracking numbers are provided as a courtesy. Full refunds for lost or missing shipments cannot be made.

All orders ship Monday-Friday with the exception of postal holidays. Orders typically ship within 1-3 business day of the purchase date.


0 items in your cart